I decided to take a break from sewing, (I know, big surprise :), and headed out to the back porch with my dinner. Well, the wind blew and the next thing I knew the air was filled with twirlybirds, those graceful flights of maple seedling fancy. I hadn’t noticed their abundance yesterday, when I was out in the yard watering flowers. I guess following that season which shall forevermore be known as The Endless Winter, I’m unaccustomed to this quick change artist called Summer. With this season everything happens in the blink of an eye, doesn’t it? 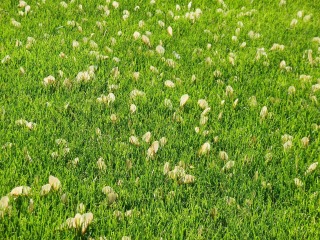 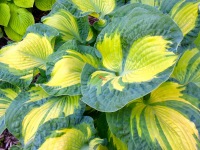 I headed outside with my camera, hoping to capture the flurry of helicopters and rockets raining from the trees. No photo captured the magic, but really, some things are just meant to be enjoyed in the moment. So I listened to birds chirping and just absorbed the green.

Back in the sewing room my former funk is nearly dissipated. I’m mixing up projects and working in short bursts to keep the fun and interest going. At some point I ought to go from having nothing finished, to having four quilts done at the same time. Here’s hoping.

The partially quilted piece below was originally slated for The Silk Road Challenge. It’s gone in fits and starts, and I showed it to Candy when I was certain it was destined for the scrap heap. She encouraged me by giving it a positive response so I’m finishing it… but it can’t be my challenge quilt now because she’s seen it. The surprise reveal is part of the fun, you know 🙂

This girl has been here before but I’m giving her fresh look and thinking of sending her off to the Grove Street Gallery. Still a work in progress… 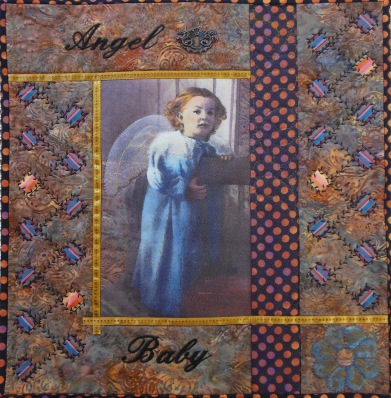 I can’t show the other two quilts yet because they just might be challenge worthy. They’re coming along!
All this and some quick blocks for a friend’s charity benefit project is adding up to a pretty nice Michigan weekend.
Here’s a link to Off The Wall Friday!